View cart “Why Women with ADHD are So Likely to Feel Depressed – 2017” has been added to your cart.

The Social Stigma of Mental Health and ADHD - 2018 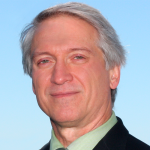