Understanding Suicide and Suicidal Ideation in Women with ADHD - 2020

Dr. Olivardia addresses myths and facts about suicide, risk factors for women with ADHD and important treatment considerations. The importance of reducing stigma and increasing outreach will be discussed.

Suicide rates are rising in this country. Research studies have demonstrated that having ADHD significantly elevates ones risk for self-harm, suicidal ideation and suicide. There are various reasons for this higher risk including increased depression and anxiety due to ADHD symptoms and executive functioning problems, neurological predispositions to emotional dysregulation, other common comorbid disorders seen with ADHD (particularly substance abuse) and higher degrees of impulsivity. Dr. Olivardia addresses myths and facts about suicide, risk factors for women with ADHD and important treatment considerations. The importance of reducing stigma and increasing outreach will be discussed. 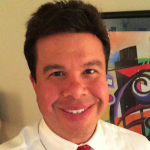 Dr. Roberto Olivardia is a Clinical Psychologist, Lecturer in Psychology in the Department of Psychiatry at Harvard Medical School, and Clinical Associate at McLean Hospital. He maintains a private psychotherapy practice in Lexington, Massachusetts, where he specializes in the treatment of ADHD, OCD, and Body Dysmorphic Disorder (BDD). He is an internationally recognized expert in eating disorders and body image problems in boys and men. He has appeared in publications such as TIME, GQ, and Rolling Stone, and has been featured on Good Morning America, EXTRA, CBS This Morning, CNN, and VH1. He has spoken on numerous radio and webinar shows and presents at many talks and conferences around the country. He currently sits on the Scientific Advisory Board for ADDitude Magazine and serves on the Professional Advisory Boards for Children and Adults with ADHD (CHADD), the Attention Deficit Disorder Association (ADDA) and the National Association for Males with Eating Disorders. He is an active member of Decoding Dyslexia-Massachusetts, an advocacy group promoting the needs of individuals with Dyslexia.