Get a range of proven, easy-to-implement tricks of the productivity trade to build into your day so you can plan it and run it like the [email protected] that you are.

Join Alan P. Brown, ADHD/Productivity Coach and creator of the award-winning ADD Crusher™ program, as he shares his evidence-based rituals, strategies and hacks that help him get more done, in less time, with less drama – in effect, allowing him to plan and run his days like a NON-ADHDer, despite being a classic inattentive case, with a touch of dysgraphia and dyslexia tossed in. You’ll walk away with a range of proven, easy-to-implement tricks of the productivity trade to build into your day so you can plan it and run it like the [email protected] that you are. 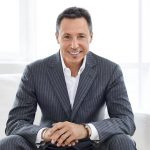 An ADHD/productivity coach and host of Crusher™TV (www.CrusherTV.com), Alan P. Brown is the creative force behind ADD Crusher™, the award-winning video series designed for ADHD teens and adults. Undiagnosed for decades, Alan’s untreated ADHD manifested in underachievement, failed relationships, substance abuse, and worse. Once diagnosed, he found it difficult to learn coping strategies from books, so he developed his own evidence-based “brain hack” strategies while building a successful advertising career and several start-ups. A featured presenter at ADHD conferences in the U.S. and abroad and a TEDx speaker, he is the #1 best-selling author of Zen and the Art of Productivity. Visit Alan at www.ADDCrusher.com.